THE GREATEST OF ALL TIME

The greatest athletes of all times in The Bahamas is surely an impressive list of names. But these people who have been able to achieve an unprecedented degree of success in their respective sports deserve even more. In an attempt to give credit where credit is due, here are some of the greatest athletes in Bahamian history. 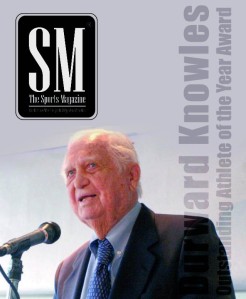 One of the most successful athletes of all times in almost every sport he played was no other than the late Roy Armbrister. Roy was an all-around athlete, and was the best in whatever he played. He was known for his cricket ability, but he was much more than just a cricket player. His range of sports was so great that sports historian Chris Malakius, had to vote Roy the best and the greatest Bahamian of all time.

Most of us today, have heard of Eddie Ford and we probably see him every now and then. But Eddie despite his temper was an extremely gifted athlete. He was very competent with a bat in his hand. Whether it was a cricket bat, a baseball bat or softball bat, Eddie was better than the best of them.

Charles Major, Sr. was an extremely gifted athlete. Charles Sr. was a high-jumper and ball player. He was known for his boxing and his promoting of boxing and wrestling, but Charlie himself was an all-around athletes that set records in his respective fields.

Andre Rodgers collects a pension from the Major League Baseball Association of America. This organization is no doubt the best in the world. To receive a pension, a player had to have played at least 10 years in the Major League. To do that is a feat in itself. Buy for young a lanky Bahamian, it was a tremendous accomplishement. Andre played for the Chicago Cubs, the Pittsburg pirates and the San Francisco Giants. Andre was a great baseball player and is being paid until his death as a result of how good he was.

Tommy Robinson never really achieved what we would have considered the ultimate in Track and Field, and that is an Olympic medal. But Tommy is perhaps one of the best sprinters we have ever had in The Bahamas. Tommy competed against the best in The World in his days and represented us well. Although he received a silver medal I The Empire Games, which is now called the Commonwealth Games, he could have won a medal in the Olympics but came up leading. Nevertheless, Tommy is one of the greatest athletes of all time.

Charles “Geech” Moss, was also a gifted athlet. Charlie Moss played all sports and was good in all of them. The jumped, he pole-vaulted with a bamboo pole, he ran track and field, he played cricket, he played soccer. “Geech” as he was commonly called was one of the Bahamas best all-around athletes.